To accomplish our mission, FIS relies on a staff comprised of talented and dedicated individuals intent on improving student outcomes by strengthening parent and community involvement. 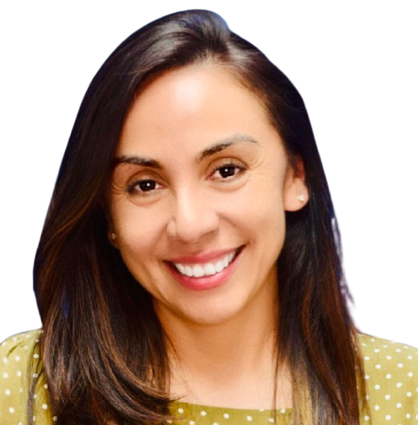 Lupe Rivera is an intentional service-minded leader with an authentic passion and commitment to advocate for diverse, equitable, and inclusive service platforms that guarantee access, opportunity, and advancement for all while striving to identify and eliminate barriers. Having worked in the nonprofit sector for over two decades, Lupe specializes in capacity building with extensive knowledge in program development/evaluation, staff and board development, fundraising, financial administration, organizational leadership, and strategic planning. Lupe has a long history of advocating for social justice, equity, women’s and children’s rights, and education.

Lupe began her career in the nonprofit sector as a founding staff member of the First Day Coalition – a transitional homeless shelter serving men and women in the greater Los Angeles County area. Lupe simultaneously worked as a Case Manager and Grants Manager/Executive Associate, building a foundation for long-term impact and sustainability. She then transitioned to Branch Director for the YMCA of Greater Long Beach, where she spearheaded in leading service led programing to over 300 families through initiatives focused on youth development, healthy living, and social responsibility.

Later, Lupe served as Program and Operations Director/Interim Executive Director for Kids In Sports, located in South Los Angeles. There she provided critical leadership in daily operations, ensuring service delivery to over 8,000 children a year through 500 volunteers with after-school sports programming. Rivera was later recruited by the Boys & Girls Club to serve as Vice President to lead and support the merger of clubs and build an infrastructure that would meet the community’s evolving needs and ensure long-term sustainability.

As Lupe’s career continued to unfold, she went on to serve as Executive Director for the South Asian Helpline and Referral Agency (SHARA), who serves survivors of all forms of abuse within the South Asian community through culturally sensitive and linguistically specific services. She spearheaded the organizational shift from founder/volunteer-led to an operational/governance organization. During her tenure, she developed effective partnerships, collaborations, and strategic alliances with government agencies, foundations, corporations, and service partners to increase SAHARA’s impact, visibility, and financial sustainability. Simultaneously, Rivera was recruited by the Department of Justice – Office of Violence Against Women in Washington D.C. to serve as a Federal Grants Peer Reviewer to advocate and support the distribution of 6.2 million in service contracts for nonprofits throughout the United States.

Most recently, Lupe served as CEO and Executive Director for the Center for Restorative Justice Works – a nonprofit focused on advocating, educating, and demonstrating the critical need to heal, re-weave, and re-connect the primary relationship between a child and their incarcerated parent (s). She spearheaded statewide programming that served over 1500 children and families a year. Through her dedication and advocacy efforts and partnership with the California Department of Corrections and Rehabilitation, Lupe gained a 1.3 million contract to ensure gender-based programming across California, serving the most underserved female institutions.

Lupe received the County of Los Angeles Commendation Award from Supervisor Don Knabe in the Fourth District in recognition of her dedication and service to the community’s affairs and for the civic pride demonstrated by numerous contributions for the benefit of all the citizens of Los Angeles County. Additionally, Lupe was chosen by fellow peers and professors to receive the Whitehead Leadership Award for academic excellence from the University of Redlands – School of Business. She is also a long-standing member of the Los Angeles County’s Domestic Violence Council and the California Partnership to End Domestic Violence.

Lupe holds a Bachelor’s Degree in Business Administration from the University of Redlands and a Master’s Degree in Nonprofit Management from Antioch University; she is recognized as a Certified Nonprofit Professional (CNP) by the Nonprofit Leadership Alliance, currently the only national nonprofit credential. Furthermore, Lupe seeks to pursue her Ed.D. in Organizational Innovation. 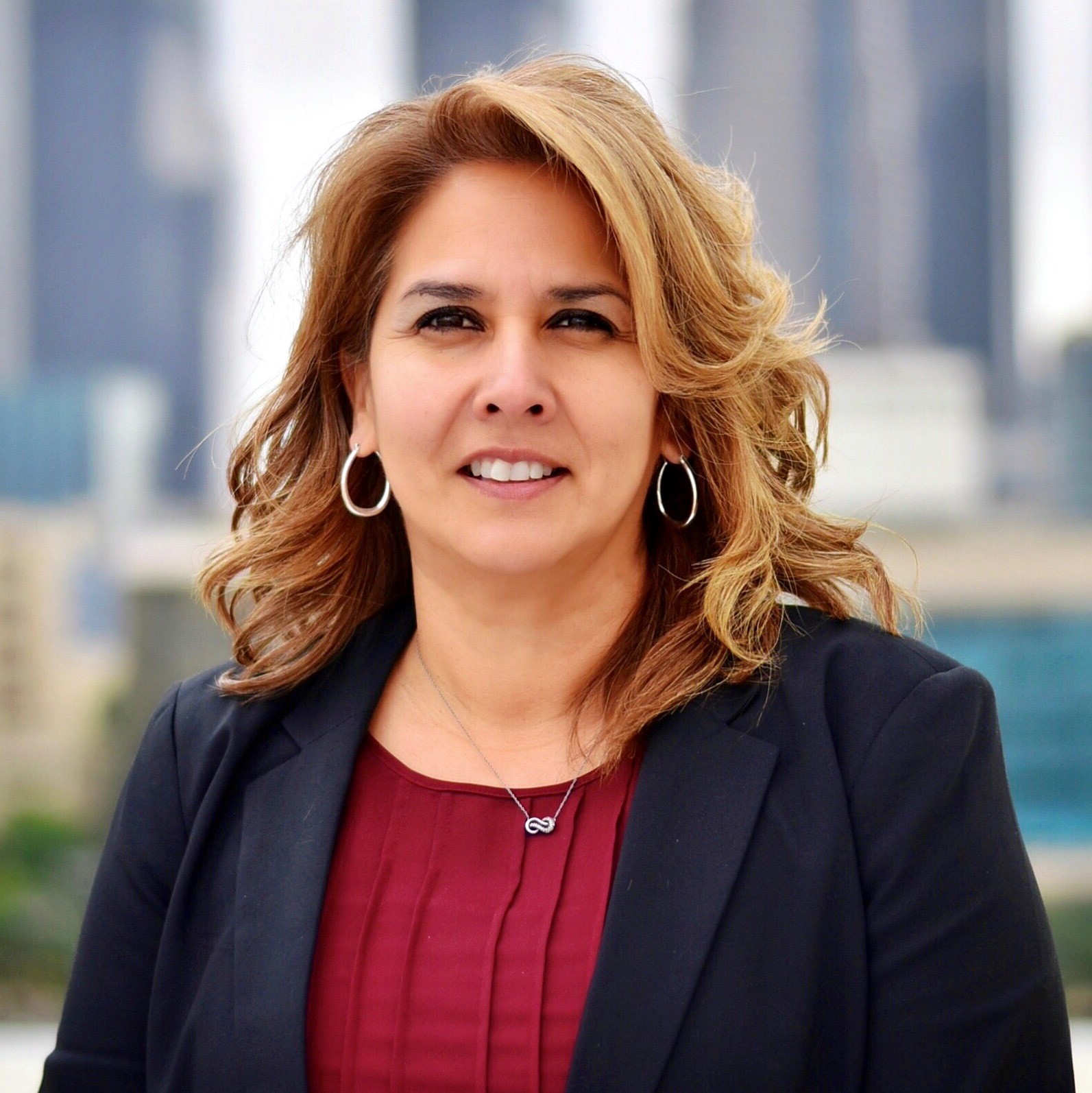 I am dedicated to equitable access to education, and family/ community engagement. I bring over 15 years of combined, local, state and national experience in the fields of civic engagement and professional development, to my role as the Vice President of Programs. I am a graduate of the University of Arizona, and hold a Bachelor of Arts in Journalism and Sociology. It is a as a result of my studies in juvenile justice that I found a passion for first for working within the juvenile courts, then the school system and ultimately within the communities which I live and serve. 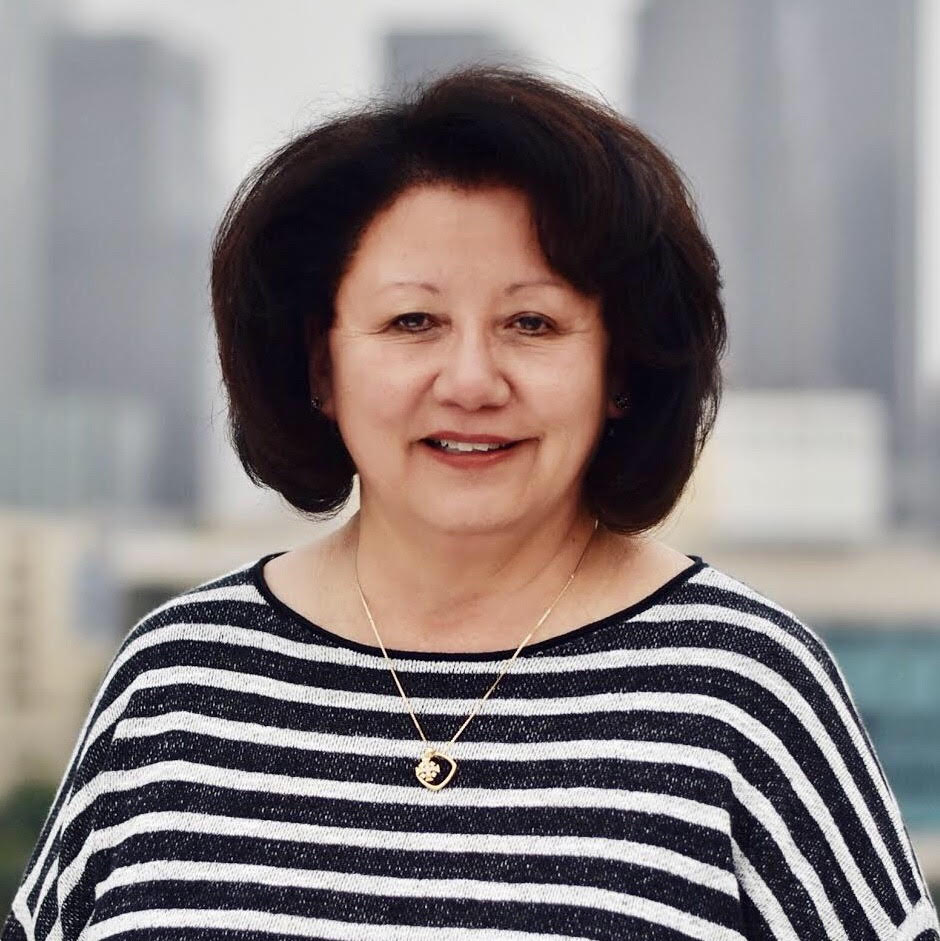 I advocate for underprivileged families whose lives are often overwhelmed by circumstances of peril, poverty, and race. All families have a right to see their children grow up healthy, and receive a quality education that prepares them to graduate, college and workforce ready.

My passion for social justice was ignited when as one of thousands of Los Angeles Unified students, we walked out in protest of the treatment by teachers and administrators because of our Mexican heritage.

Lisette is a passionate advocate for diverse, equitable, and inclusive opportunities for families, individuals, and communities. With over 15 years of service in the non-profit sector, Lisette has a plethora of knowledge and experience in civic engagement roles, strategic planning, fundraising, grant development, programmatic operations, and interest for racial, equity, and social justices. She believes in transformational leadership as an instrumental means to impacting teams that serve the community and individuals directly. 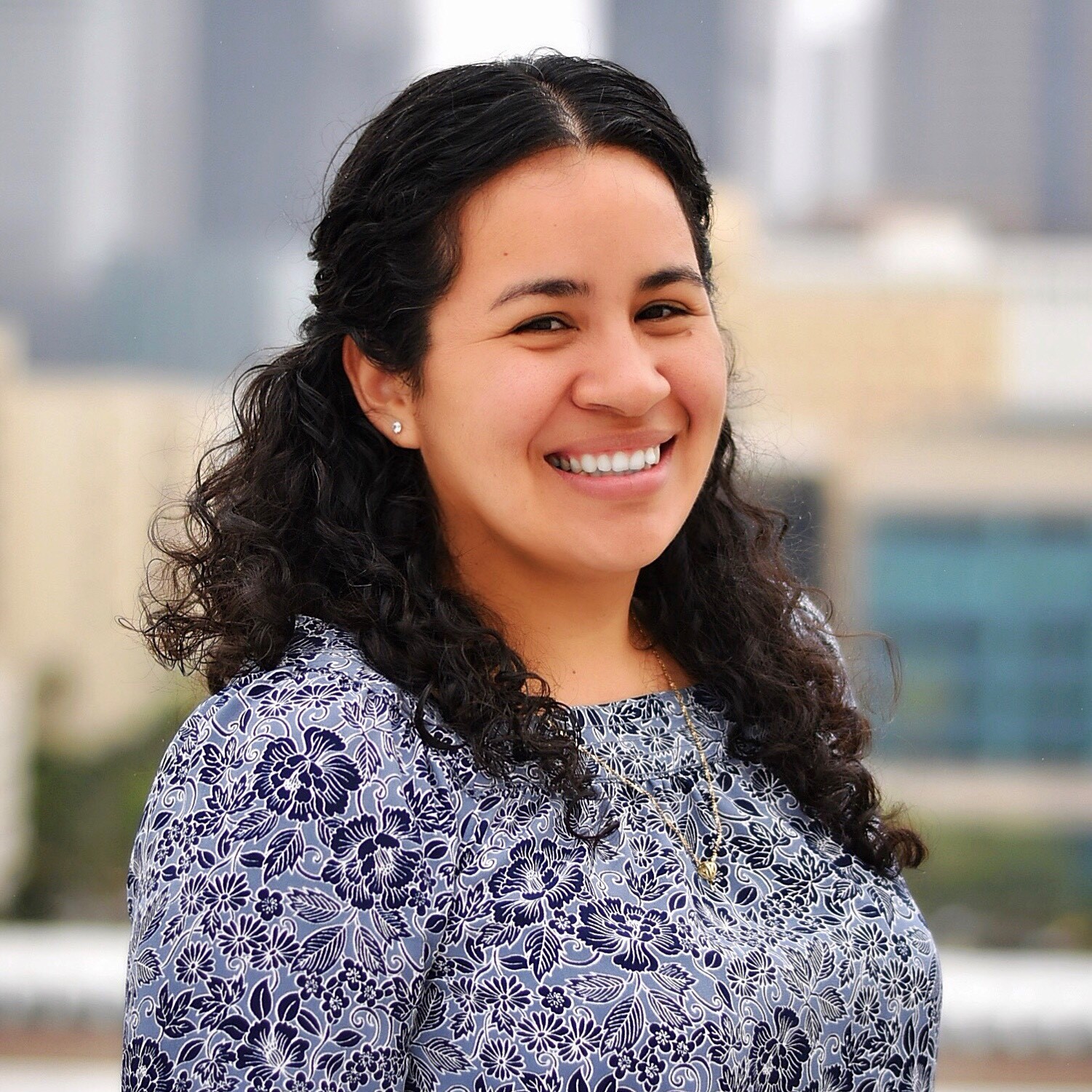 I am the program coordinator for the SKILLS Grant and the School2Home partnership. I am also part of a team that provides various professional development at various schools and agencies. I began my professional journey with Families in School as the program coordinator for GEAR UP Project STEPS. As a student I was part of the first GEAR UP Project STEPS grant at North Hollywood High School where I also graduated from. After graduating, I attended California State University Northridge, where I earned a Bachelor’s degree in Political Science and Central American Studies. While earning my Bachelors I worked as a consultant working directly with students and parents.

I am honored to be a new member of the Families In Schools team.  As a Program Manager, I will be supporting the Curriculum and Professional Development unit. In this role, I will manage program planning and implementation, focusing on capacity building and training.

I have over ten years of experience in the education field and have always been passionate about education. I previously worked with parents and schools in facilitating workshops on literacy, nutrition, and stress management.  I spent the last three years teaching in the classroom. I believe in the importance of family, community, and school partnerships.  I am excited to know that I will have the opportunity to work on family and community engagement with Families In Schools.

I hold a Master of Arts Degree in Education from the University of Southern California and a Bachelor of Arts degree in Theater Arts from California State University, Long Beach. I love to act at a local community theater for fun, and I’m a dog mom to a crazy German Shepherd. 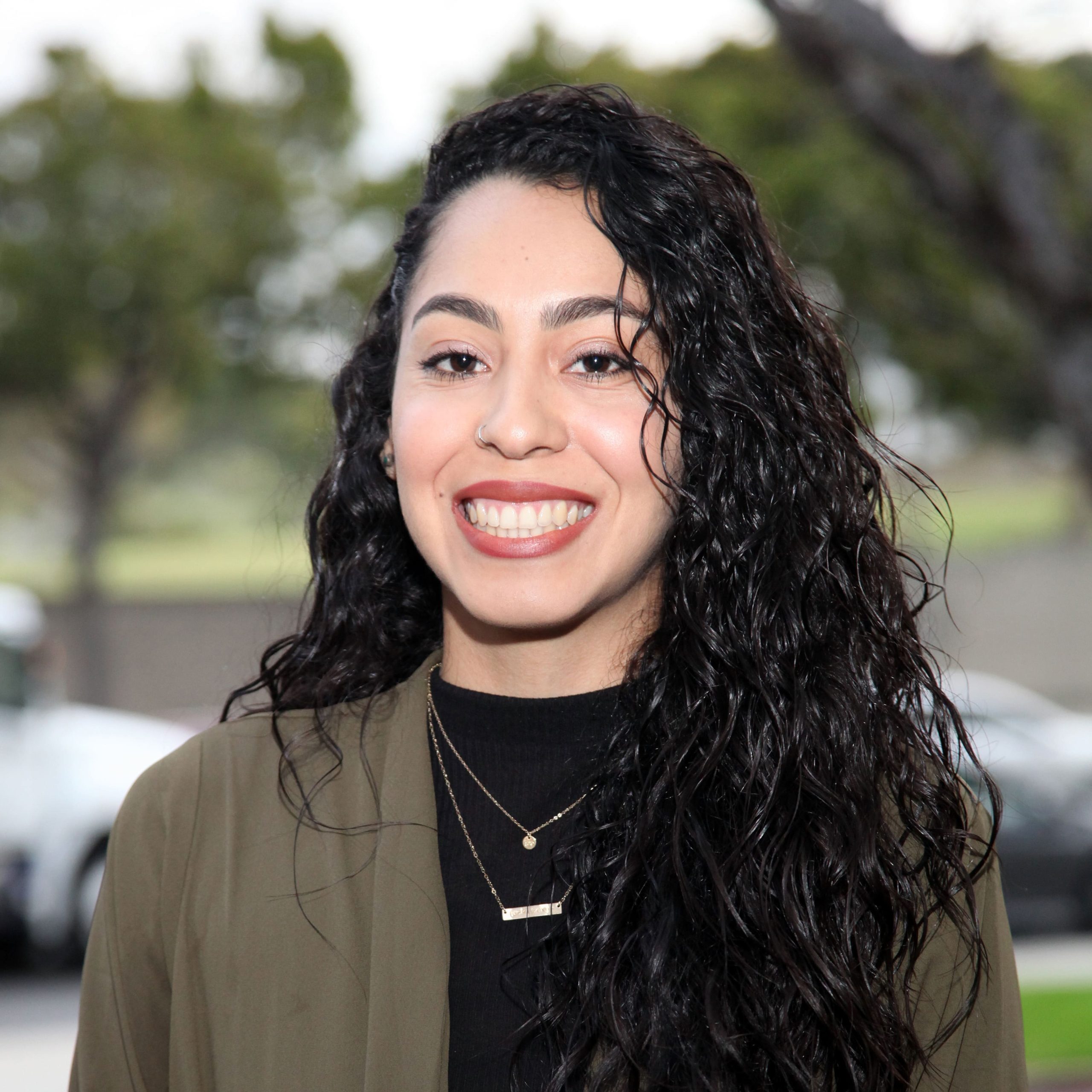 As the Community Engagement Coordinator at Families In Schools, I strive to create a bridge for students, families, and communities to have greater access to opportunities, resources, and connections that will support their students’ educational journeys. I approach community engagement with a growth mindset, always looking for new ways to enhance experiences, and collaborate while also ensuring an inclusive space.

I began my career in the nonprofit field soon after I completed my Bachelor’s at Soka University of America. From animals to youth, my passions grew, including my interest to become more knowledgeable of the sector that I had grown to admire. This led me to Antioch University where I graduated with a Master’s in Nonprofit Management and learned not only the ins and outs of the nonprofit system but how to create a greater impact as a leader. And not just any leader, but a compassionate leader.

In my free time, I enjoy reading, journaling, taking care of my plants, and spending time with my furbabies. 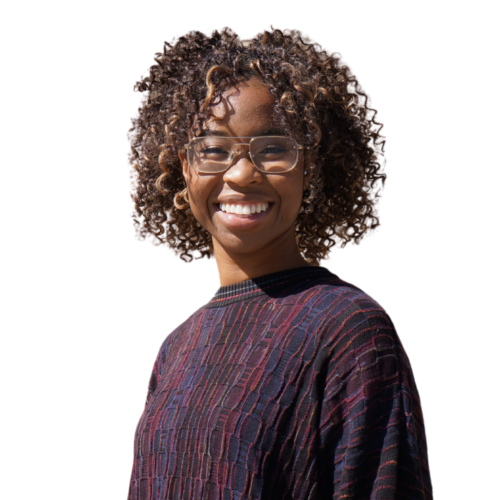 Victory Onyekwere leads the organization’s internal operations – overseeing the overall functioning of business operations, including finances, staffing, policies, marketing, and goal setting. Victory received a BS in Public Health Sciences from the University of California, Irvine, with a focus on community organization and sustainability. During this period, Victory developed a deep admiration for the nonprofit sector as she began to realize how instrumental nonprofits were in their ability to improve the quality of life for the community. This awareness has empowered Victory to join the nonprofit sector to play a behind-the-scenes yet, very instrumental role in community and educational restructuring.

In this position, she plans to uncover the needs within Families In Schools, define and set policies/ guidelines, oversee and streamline financial information while working closely with HR to hire, train and support new employees. Furthermore, as a big-picture critical thinking leader, Victory will liaise within Families In Schools to ensure that the organization’s ongoing success remains sustainable for the next generation of leaders.

I’m both thrilled and honored to serve Families In Schools as their new Program Coordinator! I recently graduated from the University of California, Santa Barbara, where I completed my BA in Political Science and minored in both Professional Writing for Civic Engagement and Poverty, Inequality, & Social Justice.

Raised in a working-class Latino family in the Los Angeles area, I’ve been deeply influenced by my surrounding communities, particularly in regard to entrenched economic disparities. Carrying these experiences forward, I dedicated much of my undergraduate career to serving underrepresented students in various leadership roles, and engaging in organizing efforts with my peers outside of the classroom.

Taking on my new role with FIS, I’m excited to engage with teachers in meaningful partnerships, empower families with confidence and a sense of understanding of the structural inequalities that exist within the education system, and ensure the long-term success of our students through quality programs.

In my free time, I enjoy discovering new music, photography, and reading up on political literature! 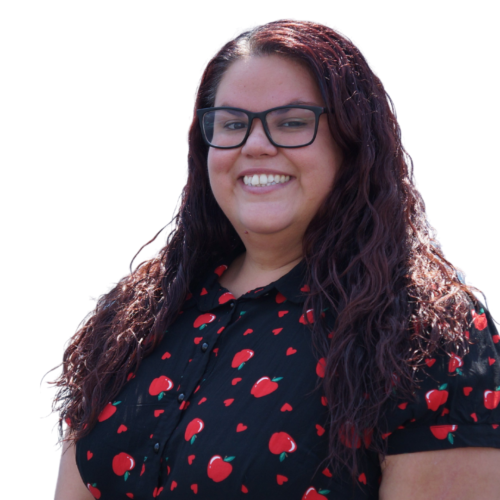 With Families in Schools, she hopes to develop in various fields of the nonprofit sector to aid in the rapidly-changing environment of education today. Holding a deep love for Los Angeles, she would like to be instrumental in assisting people from all walks of life to access the necessary tools to grow and flourish in a global city like Los Angeles while simultaneously helping to close the disparity gap for certain populations. In short, this job is what contributing to equity looks like.

In her spare time, she likes reading, cooking, and subjecting friends to her karaoke singing. 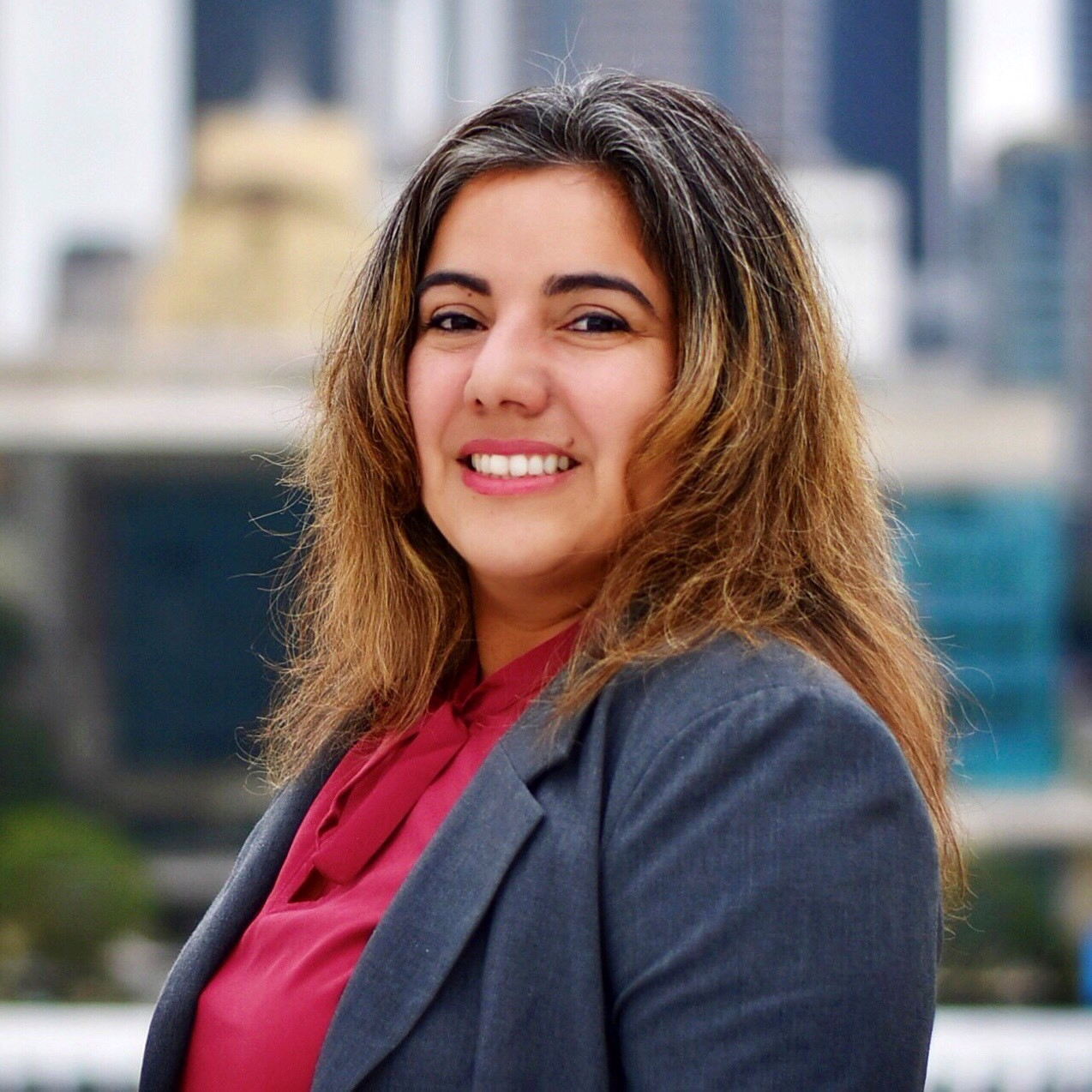