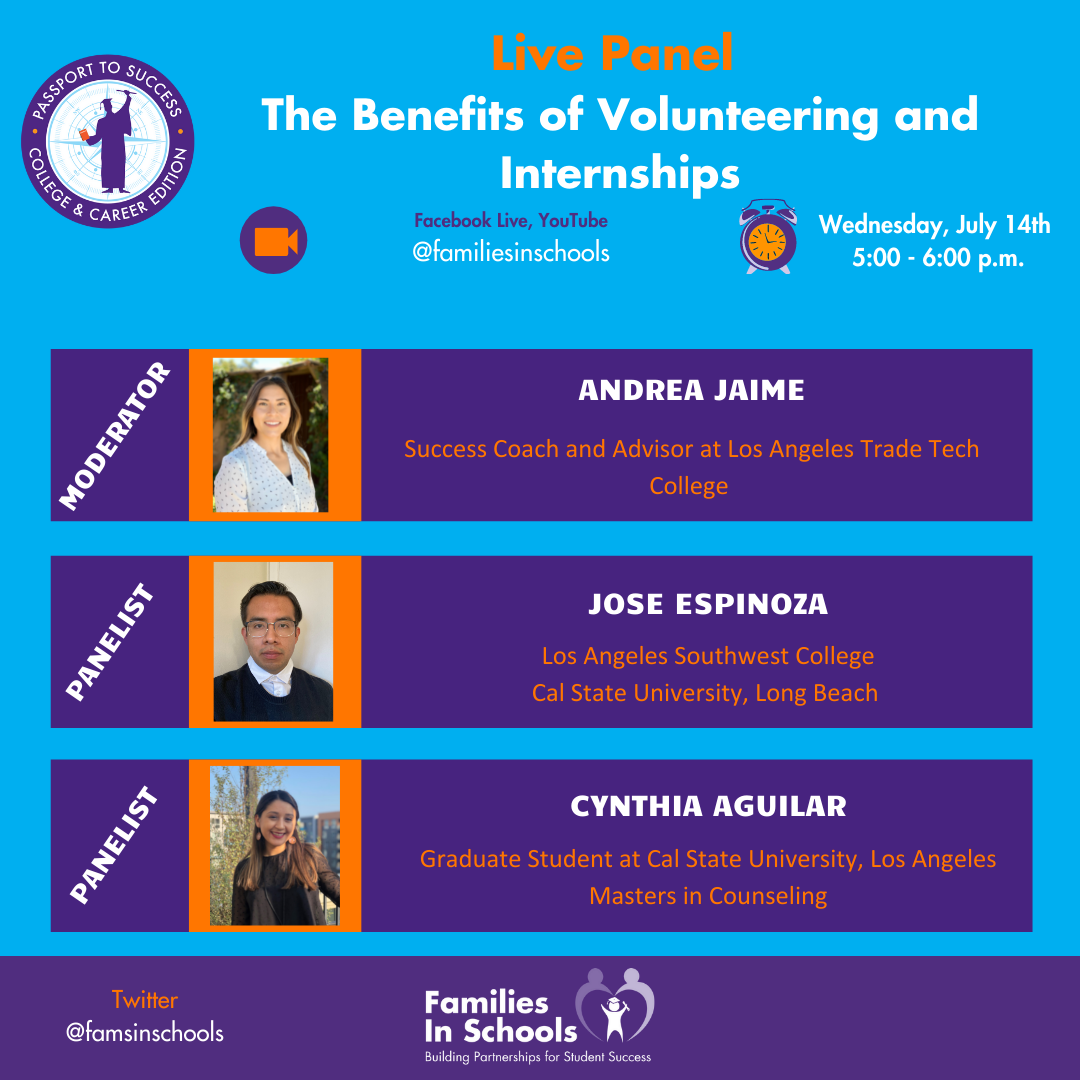 Students and their families will have the opportunity to hear from current college students and graduates highly involved in extracurricular activities before college. Students will have a better understanding of the benefits of volunteering and interning as a step to exploring their interests, determining which careers appeal to them and which do not and how this may help them choose their college major. Parents and guardians will gain understanding as to how they can best support their students with this process. 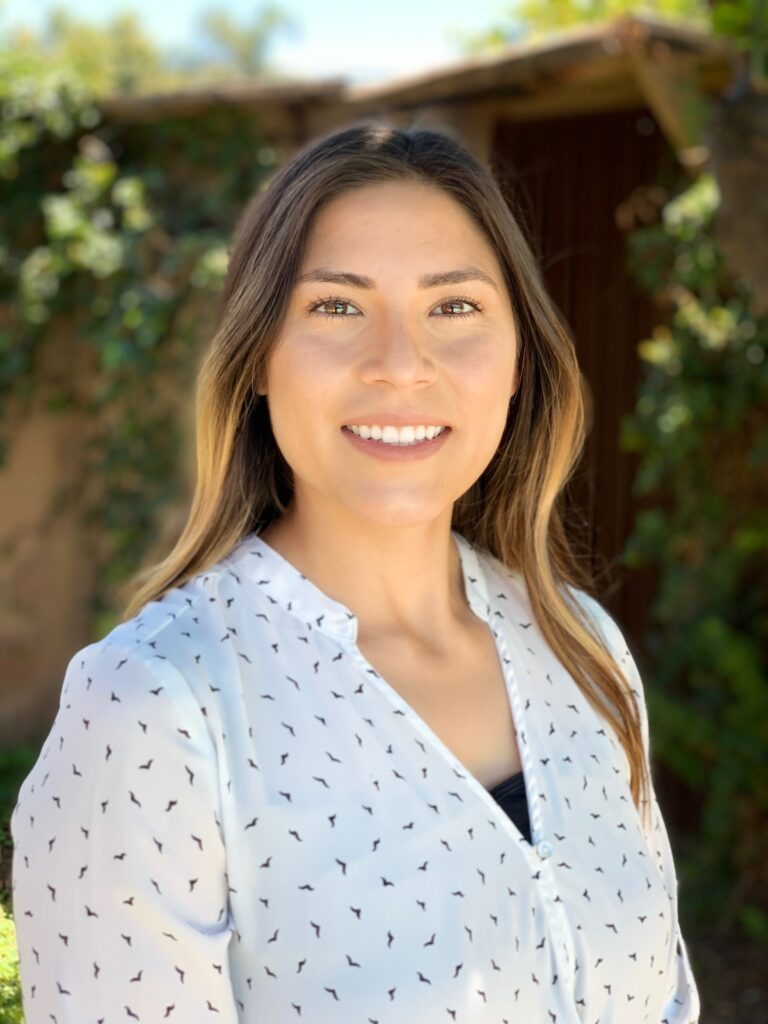 My name is Andrea Jaime. I am currently a Success Coach and Advisor at Los Angeles Trade Tech College and was previously a Career Coach at Cal State Fullerton and have seen and experienced the importance of starting extracurriculars as early as possible. I am currently attending Cal State LA in the Masters in Counseling program, school based family counseling. I have worked with students in finding Job/Internships, major/ career exploration, and exploring Graduate schools and Doctoral programs. I look forward to presenting to you all on the importance of internships and volunteering throughout my educational journey.

Jose Espinoza graduated from Los Angeles Southwest College with an Associate of Arts Degree in Sociology and excelled academically. During this time, he became a student leader for the Freshmen Year Experience Program. This gave Jose an opportunity to shine as a leader, learn, and grow. From someone who was once shy, he became confident and comfortable in leading school tours for high school students. At LASC, Jose also joined campus groups such as the Book Club and Students Against Drugs and Alcohol while also advocating for important issues, such as increasing the minimum wage to $15 an hour through writing, door-to-door campaigning, and speaking at rallies. After LASC, Jose became the first person in his family to get a college degree and transfer to Cal State Long Beach. At the same time that Jose was attending school and working a full-time job, he also volunteered with Families In Schools, the Aviva Family and Children’s Services, Alzheimer’s Los Angeles, and soon after became an intern at the Korean Resource Center where he facilitated a workshop. Even though Jose is a DACA student and has encountered challenges, he never let that get in the way of supporting his community and getting involved in extracurricular activities. 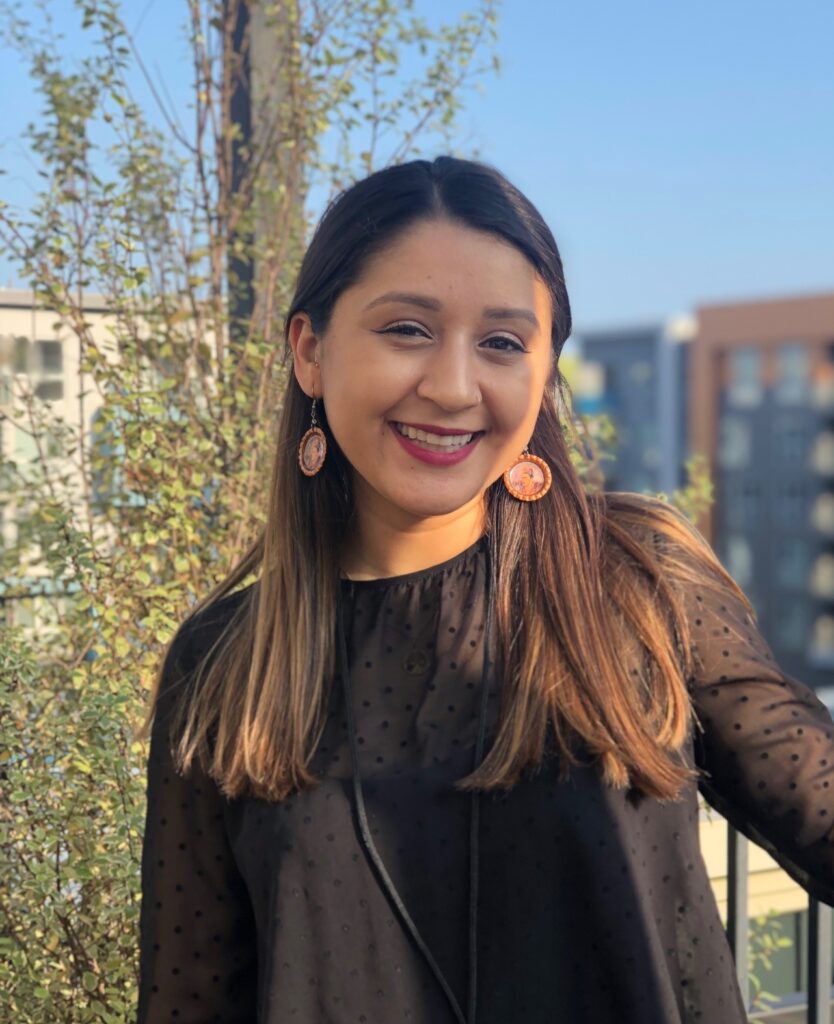 Cynthia Aguilar is currently pursuing a master’s degree in counseling at California State University, Los Angeles. She received her undergraduate degree from CSULA as well, majoring in Urban Learning and a minor in Women’s, Sexuality, and Gender Studies. During her undergrad education, she enjoyed being an active student on campus. Cynthia was president of the Feminist Club on campus where the group was able to raise funds to attend conferences in Chicago, Illinois, and Washington D.C. She worked closely with her faculty advisor and other students and staff to plan events for the club. Additionally, Cynthia completed an internship at 826LA during her undergraduate education where she built connections with the staff, students, and volunteers. She assisted in providing creative writing programs for youth in Echo Park. This experience helped her work in the field that she was interested in pursuing.

Passport to Success / No Comments 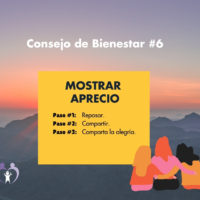 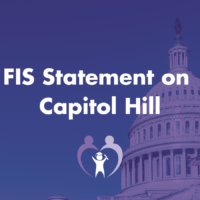 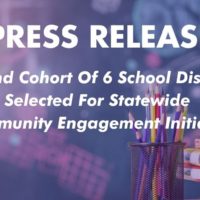 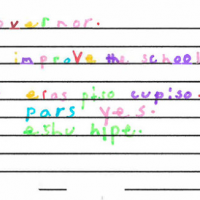 LA School Report: Lawsuit targeting California’s ‘literacy crisis’ may get the green light within days to go to trial