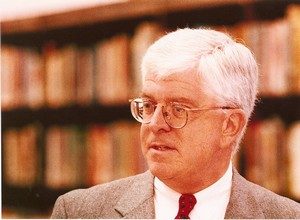 Jack Shakely served as president and CEO of the California Community Foundation from 1980 to January 2004. During that time, Jack spearheaded a strategy of philanthropic management that increased the community foundation’s assets 30-fold to more than $600 million. In the process, the California Community Foundation has become one of the most innovative grantmaking organizations in the country. Jack was director of communications and publisher of Foundation News Magazine for the Council on Foundations in Washington, D.C. prior to joining the community foundation. He serves as chair of the Beverly Hills Land Corporation and is a member of many national and Southern California nonprofit organizations including University of Southern California Center on Philanthropy and Public Policy, Eureka Communities, Los Angeles Men’s Place (L.A.M.P.), and Community Partners. Shakely has been recognized as Outstanding Professional by the Los Angeles National Philanthropy Day Committee and the Newcomen Society. He served in the Peace Corps in Costa Rica and was an officer in the US Army, with a specialty in Latin American Affairs. Of Cherokee/Creek descent, Shakely was appointed by Los Angeles Mayor Richard Riordan in 1993 as a commissioner of the Los Angeles City/County American Indian Commission, for which he served as chair in 1994-1995. An author of hundreds of articles, essays and editorials, Jack began his career as a newspaper editor and reporter. He graduated from the University of Oklahoma with a degree in journalism.

Information on Families In Schools